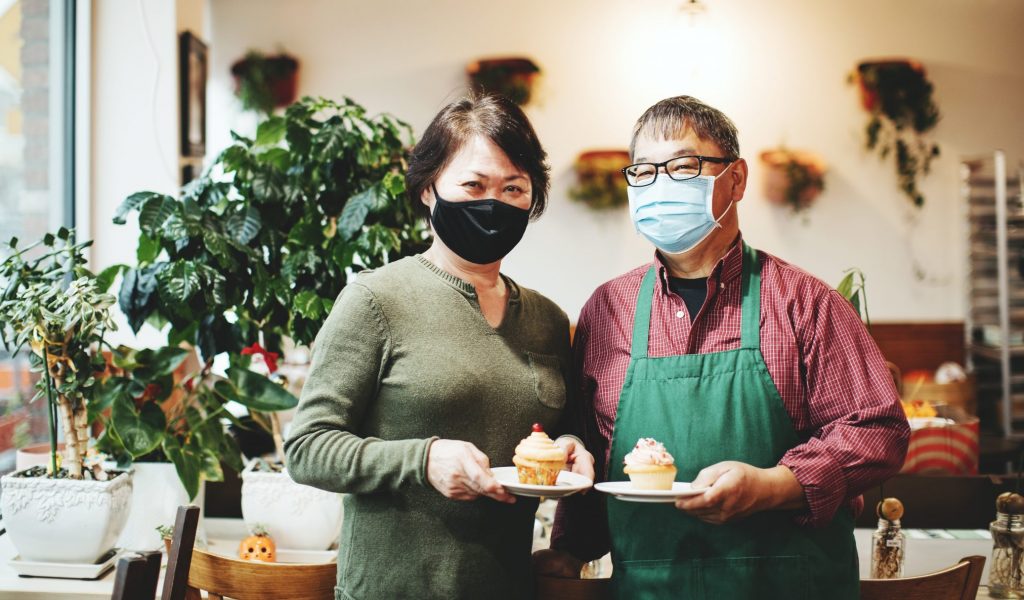 Your friend for coffee at Common Ground Coffee & Cupcakes

Those friends have supported Common Ground with repeat visits and word-of-mouth referrals.

“People trust their friends more than Yelp,” Lange said of the power of satisfied customers.

Lange believes business will be in recovery next year, but Renton will continue to grow because it’s an affordable, close-in community. A Renton resident for 27 years, he loves the city’s incredible diversity.

“My cul-de-sac is like the United Nations,” he said. “No matter where you’re from, you can come to Renton and feel you fit in.”

Lange grew up in his family’s Chinese restaurant in Aberdeen, Washington. In his 20s he was a restaurant manager, then worked in Boeing’s information technology department for 31 years.

The idea of owning a business was always in the back of his mind.

Not much was happening in downtown Renton in 2005. But Lange knew growth was coming after researching housing and traffic projections. In 2007 the family opened Common Ground in a downtown corner storefront.

“Community members have been more than customers—they’ve become friends”

“My wife and I like to bake. And, I like coffee, so that was it!” he laughed.

Common Ground has always rotated its offerings to fit the season. They’ll continue to experiment with the sandwiches introduced earlier this year. Muffins and other baked goods are also in the testing phase.

Business is about 40% down this year because of COVID-19. Most of the loss was from closing inside dining, to help prevent the virus from spreading. The shop also installed purifiers that clean the air 12 times an hour.

“We’re thankful for our customers,” Lange said. “We ask them to stay safe and hang in there.”